A narrow spit connecting the peninsula in Ferryland. Also the location of the Colony of Avalon settlement. 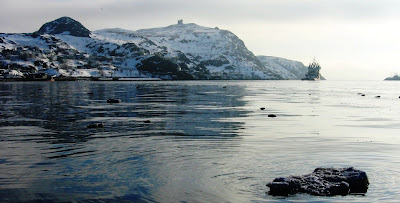 A bald eagle swooping into the trees where where my girlfriend stood. I was lucky to have my camera around my neck, and to still have a girlfriend. Styles Cove 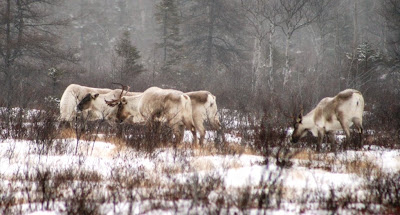 Caribou grazing on dried grass and caribou moss outside of Buchans. 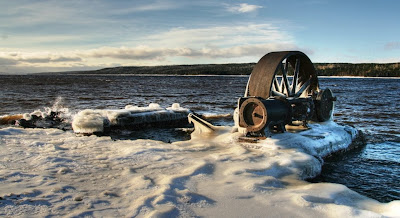 An old rusted steam powerd wench used in the mill at Millertown. 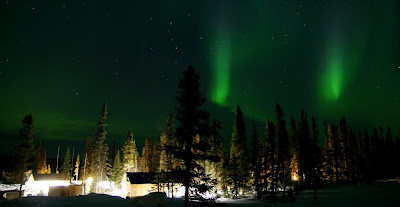 Northern Lights bursting in the night sky above a Labrador exploration camp.

The reflection of the morning sky in a still estuary near Trepassey. Sheltered from the pounding sea beyond the cobblestone beach.

A frozen water fall over the cliffs at Middle Cove beach.

A violent surf breaks over the man made break water near Old Perlican.

Big wave rolling into the cliffs of Middle Cove beach

Chance Cove beach with people fishing in the sheltered river. 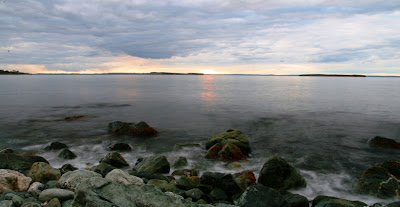 Peters River. A beautiful town with a glorious beach.